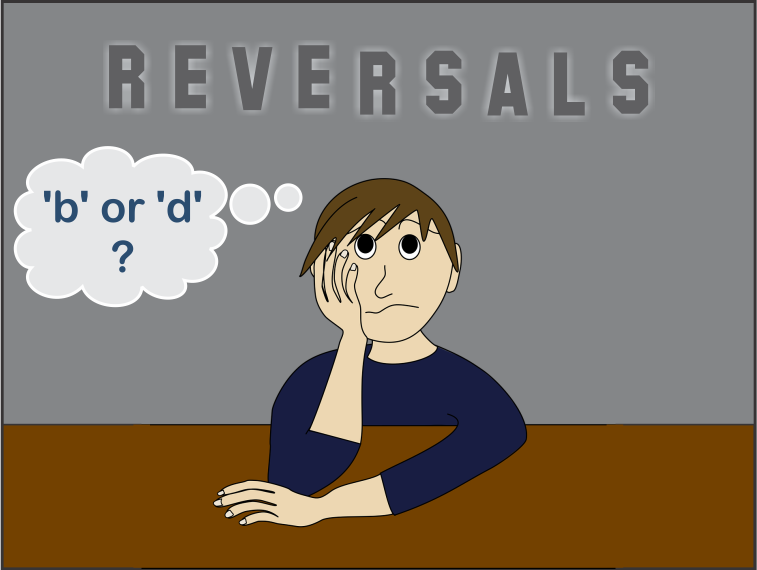 Why do dyslexics reverse letters?

A dyslexic individual usually thinks visually and, when quickly having to decide on a letter (or number), may choose the wrong orientation. A younger dyslexic child may not even understand that letters that have the same shape have different sounds. After all, a chair is a chair, no matter which way it's facing. 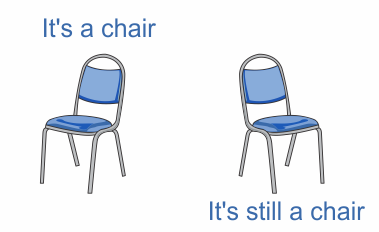 Letter reversals for dyslexics  are usually more problematic when writing (not reading). When reading, there are other clues for context in a sentence, however if reading words in isolation then reversals may rear its head. If a child is asked to read words in isolation such as: dib, bib, dab, or pad, they may reverse letters and misread the word. This, combined with nonsense words, is a good test to include in any kind of dyslexia evaluation.

When writing, dyslexics either have to stop and think about the letter direction or write without stopping and then review what was written later when done, checking for their known problematic letter reversals.. Some younger dyslexics may incorporate capitals that are not reversed into a word instead of using the lowercase letter. For example, they may write the word "number" as "numBer".


Are letter reversals an indication of dyslexia?

Reversing letters or numbers is normal up to age 8. Letter reversals after age 8 may indicate dyslexia. If your child is age 8 or older, still reversing letters or numbers and is behind in reading, then there is a high probability that he or she is dyslexic. If you have a family member who is dyslexic, then the probability increases since dyslexia often runs in families. For a professional diagnosis, a neuropsychologist is recommended.

How to help dyslexic students with letter reversals?

The main way to help dyslexics with letter reversals is to teach the child that direction does matter, and then provide a framework for the child to remember the direction of that letter. Here is where you must work with what the child knows. Keep an eye out for which letters and/or numbers they are reversing and then come up with a way to teach the proper direction that the child can remember. Important note: do not create a problem where there isn't one, since you can inadvertently create confusion with other letters or numbers by simply bringing attention to it. Our Reversal App for Dyslexia (see below)  can help provide the necessary framework to help eliminate reversals.

Our Reversal App, which can be played on any browser, provides a multisensory way to help with letter reversals, as well as number reversals. This reversal app for dyslexia has several activities to combat the popular 'b'-'d' reversal, as well as 'b', 'd', and 'p' reversals. There are also two games where you can choose other letters or numbers and their problematic orientations. This app will also help children who have motor skills issues as they will drag and write on the screen (note that we recommend touch screens for the activities).

Price is per year.
Does not auto renew.